Kaiser buns are delicious rolls that are used in a plethora of different ways in cooking and baking. These delicious rolls originate in Austria, though many countries have adopted them into indigenous recipes. For a recipe using kaiser buns, a simple online search will yield thousands of recipes you could use. However, you may wonder how to make your own kaiser buns. There are several different techniques, though most have similar physical characteristics. Most kaiser buns include the following:

A traditional kaiser roll will have a symmetrically segmented top, usually with at least 5 segments. Some bakers put their own spin on this old classic by changing the number of segments in the rolls. This can be done by either braiding the rolls or using a stamp. Some bakers greatly prefer a stamp to braid, since they think it is much easier. Ultimately, the style of the kaiser bun depends on the baker's preference.

Traditional kaiser rolls were served with either sesame or poppy seeds, though today's rolls can have a large variety of seeds. Some even make "Everything buns" which, like "Everything bagels," have several different textures and flavors of seeds. This could include but is not limited to: pumpkin seeds, linseed, sunflower seeds, poppy seeds, and sesame seeds. Many bakers braid their seeds into the dough of the roll, integrating them into the overall pattern and design of the bun. This adds a lot to the aesthetic aspect of the roll, which many people appreciate.

Instead of using basic gluten flour to make these buns, many people choose to switch it up and make a flavored variation. Some popular variations include sweet potato, onion flavored, butter flavored, or even meat flavored variations. In some parts of the country where buffalo and BBQ sandwiches are the norm, traditional kaiser rolls are enhanced with slight flavoring methods in order to complement the sandwich.

In conclusion, while kaiser buns used to have a very specific way of being made, kaisers of today can come in a wide variety of shapes and flavors. With some imagination, you could create a new way to make an old classic by putting a bit of a spin on a kaiser bun. If you feel like you may not have the time to make your own kaiser buns, search for bakeries or grocery stores near you. Chances are pretty good that they will carry them. Good luck! 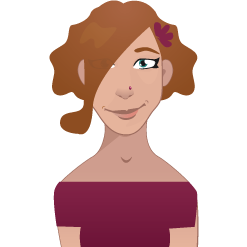 Making wedding cakes is an art that not every baker has the skill set to do perfectly. When trying to choose the cake artist that will make the cake for your wedding, how do you decide? Are there questions that you should ask? Can you use pictures out of wedding magazines to get an exact cake, or should you just use those pictures as inspiration? There are many questions that you likely need the answers to about choosing your wedding cake. I created my blog after attending several weddings and witnessing how wonderfully and horribly wedding cakes can turn out when choices were made incorrectly.